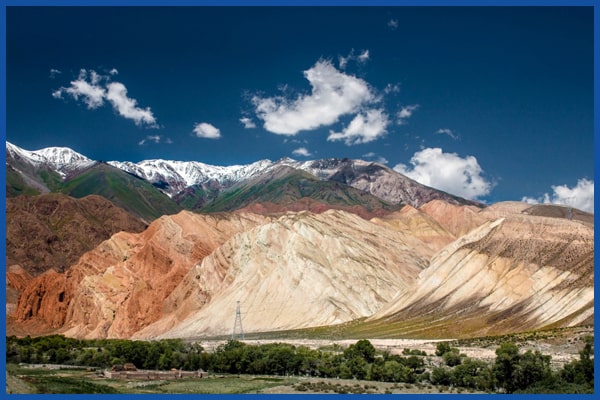 Kyrgyzstan is the country of unique nature, unbelievable traditions and amazing nomadic people. Kyrgyz people managed to preserve their way of life despite of the world progress. Kyrgyz people are considered to be the most hospitable nation in Kyrgyzstan. A guest for them is a messenger of the god that is why travelers were never afraid to come in unfamiliar house they knew Kyrgyz people would always give them place to stay and food to eat.

Kyrgyzstan is picturesque mountainous country. It shares borders with Kazakhstan on the north, Uzbekistan on the west Tajikistan on the south west and China on the south east. The total area of the country is 198,500 square kilometers and 93% of country is covered by high mountains the quarter of them are covered with forests. The average height is 2750 meters asl. Our country is proud of our breathtaking mountains, magnificent lakes and charming towns and villages full of culture and history. Kyrgyzstan has been blessed with a fantastic array nature and our people treat it with great respect. You will be able to enjoy this unique ecosystem which still retains its primordial view.

Kyrgyzstan has more 88 mountain ranges; majority of them form Tien-Shan Mountains. Tien-Shan is translated into Kyrgyz as the Tenir Too what in English means celestial mountains. Others ranges including Chon Alay situating on the south of the country refers to the Pamirs system.

Tien-Shan massif is one of the largest in Central Asia; 2/3rds of it are situated in Kyrgyzstan.

Due to different heights above sea level you will be able to see various nature landscapes in only one day. You may start from the sunny valleys and by evening you will be in the snow covered mountains.

The capital of Kyrgyzstan is Bishkek; it is rather young city with 132 years history going back to 1878 when it became a capital. The Bishkek city is political financial and cultural centre of our country. Nowadays the population of city is more than one million people. It is situated in central part of Chui valley in the foot hills of Kyrgyz range, on the altitude about 700 meters above sea level.