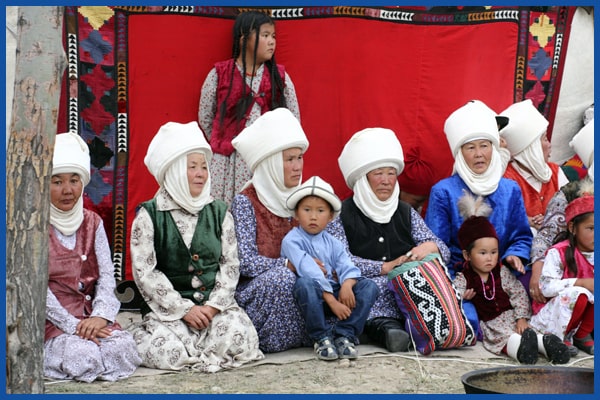 Day 1: Tashkent - Samarkand
We will be glad to see you here. Guide will meet and accompany you to the capital city of Uzbekistan.  In course of the tour you will explore the main sights of the city. The first is Independence square that known to be main square and a symbol of victory in World War II.  After it you will visit the street which name is Broadway, divides Independence square and Amir Timur square. Later on the tour will be on one of the most breathtaking subways in the world, first line that was opened in 1977. Thin you will travel to old part of the city where you have an opportunity to witness the Chorsu Bazaar, Kukaldash Madrasah and Hast Imam complex that consists of several madrasahs, mosques and mausoleum. Here yoyu will have a chane to the world's oldest Quran copy dating back to 8th c. Quran belonged to Othman Ibn Affan, the Third Caliph that killed by non-muslims in 8th century and his blood spred over the Quran that you still can see on its pages. Evening train to Samarkand. Night is in a hotel.

Day 2: Samarkand - Tashkent
Today you will have a tour in the city that in the Zeravshan River Valley. Moreover this city is known to be the second largest in Uzbekistan that is also considered to be as old as cities of Babylon or Rome. While travel here you will have a guided city tour to see the main attractions of the city like Registan square, Shakhi-Zindeh, Mausoleum Guri Emir and Bibi Khanum Mosque. Registan square is known as the splendid sight of three Madrasahs complex dated back to 15th -17th centuries. Tour will continue to Shakhi-Zindeh that was listed to UNESCO World Heritage Site due to the architectural complex collection of mausoleums dating back to 11th-15th centuries,. Then you will visit mosque that was built for one of the favorite Tamerlane's wife, after victory of his campaign in India - Bibi Khanum Mosque. Evening train to Tashkent. Night is at the hotel.

Day 3: Tashkent - Andijan - Uzbek border Duslik - Osh
Today you will be transferred to Andijan by train. After you arrive to Dustik you will have to cross border. Driver will meet and accompany you to Osh city. Night is in a hotel.

Day 4: Osh - Bishkek
In course of the4 tour you will explore the main sights of Osh city. Here you will be able to see the Suleiman Mountain. You can find this site in the center of the city. According to the legend here was buried biblical prophet Solomon (Suleiman in the Koran) at the foot of it due to it this place is known to be screed among Muslims. Then visit an Asian bazar. In the evening we will transfer you to the airport to have a flight to Bishkek city. Overnight is in a hotel.

Day 5: Bishkek - Ala Archa - Bishkek
In the morning you will have a city tour where you can witness the Pobeda Square (Victory Square), Duboviy Park (Oak Park), Central Ala-Too Square, Old Square, National Philharmonic, and many other places of interest.  Later on you will be transferred to National Park Ala Archa gorge that in the USSR time only V.I.P. people had permission to enjoy this magnificent beauty. This site can be found on the spur of Tien Shan Mountain range and 45 km from Bishkek. You will have a hiking tour to enjoy the great view of the gorge. Then we will return to Bishkek. Night is in a hotel.

Day 6: Bishkek - Burana - Issyk Kul northern shore - Karakol
Today you will travel to the celestial Issyk Kul Lake. This lake is known as the second largest alpine lake in the world. Upon arrival you will find yourself on the altitude of 1 608 m above sea level. Due to the incomparable beauty this lake is known as "the pearl of Central Asia". On the way you will visit Burana Tower the sight of the 11th century as well as an open air museum of Balbals also known as stone warriors. Moreover you will have an opportunity to enjoy the ancient stone patterns - petroglyphs. Night is in a guesthouse.

Day 7: Karakol - Jeti Oguz - Issyk Kul southern shore - Bishkek
In course of the tour you will have a drive to Jeti Oguz gorge or Seven Bulls. This gorge is popular among tourists due to its red rocks formations. Moreover here you will have an opportunity to witness the Broken Heart Mountain as well as hike to the top of it for 20 minutes to enjoy impressive panorama view of the gorge. Later on you will be transferred to the place tours to which are very popular. The Bokonbaeva village is known to be a home of the eagle haunter. Upon arrival you will have a chance to see traditional way of hunting with the help of the eagle the preys of which are hares and foxes. You will find out a lot of interesting facts about it. Continue our way to Bishkek. Night is in a hotel.

Day 8: Bishkek - Airport
In the morning is transfer to airport.