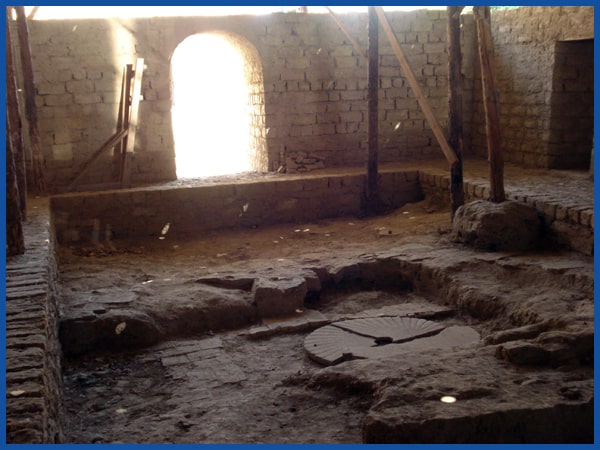 Day 1: Tashkent - Bukhara
Upon arrival you will be met and transferred to Tashkent. In course of the tour the excursion will start by visiting Independence square which is the main square of the country. This sight is considered to be a symbol of victory in WWII. After that you will visit local street Broadway that is divide Independence square and Amir Timur square. Later on you will have an opportumnity to explore the famous Tashken metro the first line of which was opened in 1977. In course of the travel you will have an opportunity to visit the old part of the city to see Chorsu Bazaar, Kukaldash Madrasah and Hast Imam complex that consists of several madrasahs, mosques and mausoleum. The highlighted part of the tour is the world's oldest Quran copy of to 8th c. Quran belonged to Othman Ibn Affan, the Third Caliph. Othman was killed by non-muslims in 8th century. His blood can be seen over the Quran. Evening train to Bukhara. Night is in a hotel.

Day 2: Bukhara - Samarkand
The day will start with exploring the great sights of the city. The first of it is the ancient Citadel Ark that is known to be the oldest in Bukhara dating back to 4th century. This great ancient sight served as a palace for some dynasties of Bukhara Empire. After that you will have an opportunity to stroll along the shopping as well as visit one of the most famous madrasahs called Nodir Divan Begi. This sight is known to be a part of Lyabi House Ensemble, popular sight of the city. Later on you will visit Poi Kalon complex of the 12th - 16th centuries which possesses three structures - Kalon minaret, Kalon mosque and Mir Arab Madrasah. Transfer to Samarkand by train. Night is in a hotel.

Day 3: Samarkand - Tashkent
In course of the tour you will explore Samarkand city that is also known to be the second largest city. Moreover you will be impressed that the age of this city is similar to ones of Babylon or Rome. This city can be found on the valley of the river Zerafshan. Due to the age of this city here you will find a lot of interesting sights with great history like Registan square, Shakhi-Zindeh, Mausoleum Guri Emir and Bibi Khanum Mosque. At first you will explore the breathtaking Registan Square that is a complex of Madrasahs of 15-17th centuries. After that is Shakhi-Zindeh that has large collection of mausoleums of 11th-15 centuries. This sight was added to a UNESCO World Heritage Site. Bibi Khanum Mosque was made for favorite Tamerlane's wife, after his victory in campaign to India. Evening train to Tashkent. Overnight is at the hotel.

Day 4: Tashkent - Andijan - Uzbek border Dustlik - Osh
To Andijan you will transfer by train. After arrival and crossing the border you will be transferred to Osh city. Night is in the hotel.

Day 5: Osh - Bishkek
While travel in Osh you will have an opportunity to explore one of the most prominent sight of the city that is known as Suleiman Mountain or Solomon's Mountain. The Muslims consider that site as sacred one due to the legend, biblical prophet about this sight; it says that Solomon (Suleiman in the Koran) was buried at the foot of it. The can be found in the center of the city. Later on you will have a tour in Asian Bazaar. After it will be evening transfer to the airport to have a flight to Bishkek city. Night is in a hotel.

Day 6: Bishkek - Ala Archa - Bishkek
In course of the tour you will have to explore the significant sights of the city like Pobeda Square (Victory Square), Duboviy Park (Oak Park), Central Ala-Too Square, Old Square, National Philharmonic, and many other places of interest. Then you will be transferred to another destination to Ala Archa gorge. This sight had a strictly controlled access in USSR due to it only V.I.P people could be here. Nowadays you have an opportunity to explore this sight that you will find in National Park of the Ala Archa gorge is located on the spur of the Tien Shan ridge. To reach this place you need to drive 45 km from Bishkek. You will have an opportunity to have a hiking tour to witness incredible view the gorge. Drive back to Bishkek. This night is in the hotel.

Day 7: Bishkek - Burana - Chon Kemin
In the morning you will have a drive to Chon Kemin. On the way you will explore Burana Tower and an open air museum of Balbals also well known as stone warriors. The Burana Tower of 11th century will impress you by its construction. This sight was served as the sign for travelers to rest and spent night. You can reach the top of it to witness the great view that people had many centuries ago. Then we continue our drive to Chon Kemin. Upon arrival you will be met by a local family then you can enjoy a horse riding tour that will last for 3 hour. On the way to the top of the mountains you will have an opportunity to observe picturesque panoramic view of the gorge. The night is in a home stay.

Day 8: Chon Kemin - Issyk Kul lake northern shore - Karakol
Today will travel to alpine Lake Issyk Kul that is known as the second largest mountainous lake in world. The altitude of this lake is 1 608 m above sea level. Due to the history this lake was known as a holy one. Moreover due to the incomparable beauty this lake has another name "pearl of Central Asia" where the mountains can be for all sides. On the way you will see a place with ancient stone patterns - petroglyphs. Later on you will continue your transfer to Karakol town, where the Dungan mosque can be found. This sight is interesting due to the method of being built not only in the Chinese style, but also without the use of nails. Continue exploration by visiting an old wooden Orthodox Church. Overnight is in a guesthouse.

Day 9: Karakol - Jeti Oguz - Issyk Kul southern shore - Bishkek
Today you will travel to Jeti Oguz gorge or Seven Bulls. This place is known due to the red rock formation as well as the Broken Heart Mountain. To reach the top of this mountain you need to hike for 20 minutes. The top of it can show you breathtaking view of the gorge. Then you will be transferred to the place the tours to which are incredibly popular among tourists. The Bokonbaeva village will show you a local eagle-hunter. He possesses the knowledge of the traditional way of hunting his partner or it is eagle. Its preys are hares and foxes. This way of hunting passes from father to sons. You will learn more about it. After this visit we will continue our way to Bishkek. Night is in a hotel.

Day 10: Bishkek - Almaty
In course of the travel you will be transferred to Almaty city of Kazakhstan. The road to it from Bishkek takes 230 km or 4 hours. After crossing the border zone you will be able to start the guided city tour where the most prominent parts of the city will be explored.  Green Bazaar is the first destination of the tour where you will see the life of local people. Here you will have an opportunity to find practically everything. Then is one of the oldest parks in Almaty, Panfilov Park moreover here it will be possible to observe Zenkov Cathedral. Later on you will be able to witness the Memorial of Glory and Eternal Flame it was made in memory of the fighters who died for freedom and independence of the country. Medeo Gorge is famous due to the highest mountain skating rink in the world and the dam that protects the city from dangerous landslides. Kok-Tobe hill is next destination where you will see the tallest TV tower in the world. In addition you will have an opportunity to observe breathtaking background as well as visiting souvenir shop. To get back you need to ride by the famous Almaty cableway. Overnight is in a hotel.

Day 11: Almaty - Charyn Canyon - Almaty
In course of the tour you will have to travel to Charyn Canyon. This site appeared about 12 million years thanks to the wind and water. While travel here you will see that this sight resemble ancient castle with its vertical cliffs. The road to this picturesque place takes 3 hours to drive. During the tour you will learn more about the history and nature of the region, about Kazakh people, their life and traditions. Upon arrival this sight will meet you with magnificence as well as incredible panorama Anyone who has ever been to the Charyn Canyon will never forget its impressive beauty. Night is in the hotel.

Day 12: Airport
In the morning is transfer to airport.